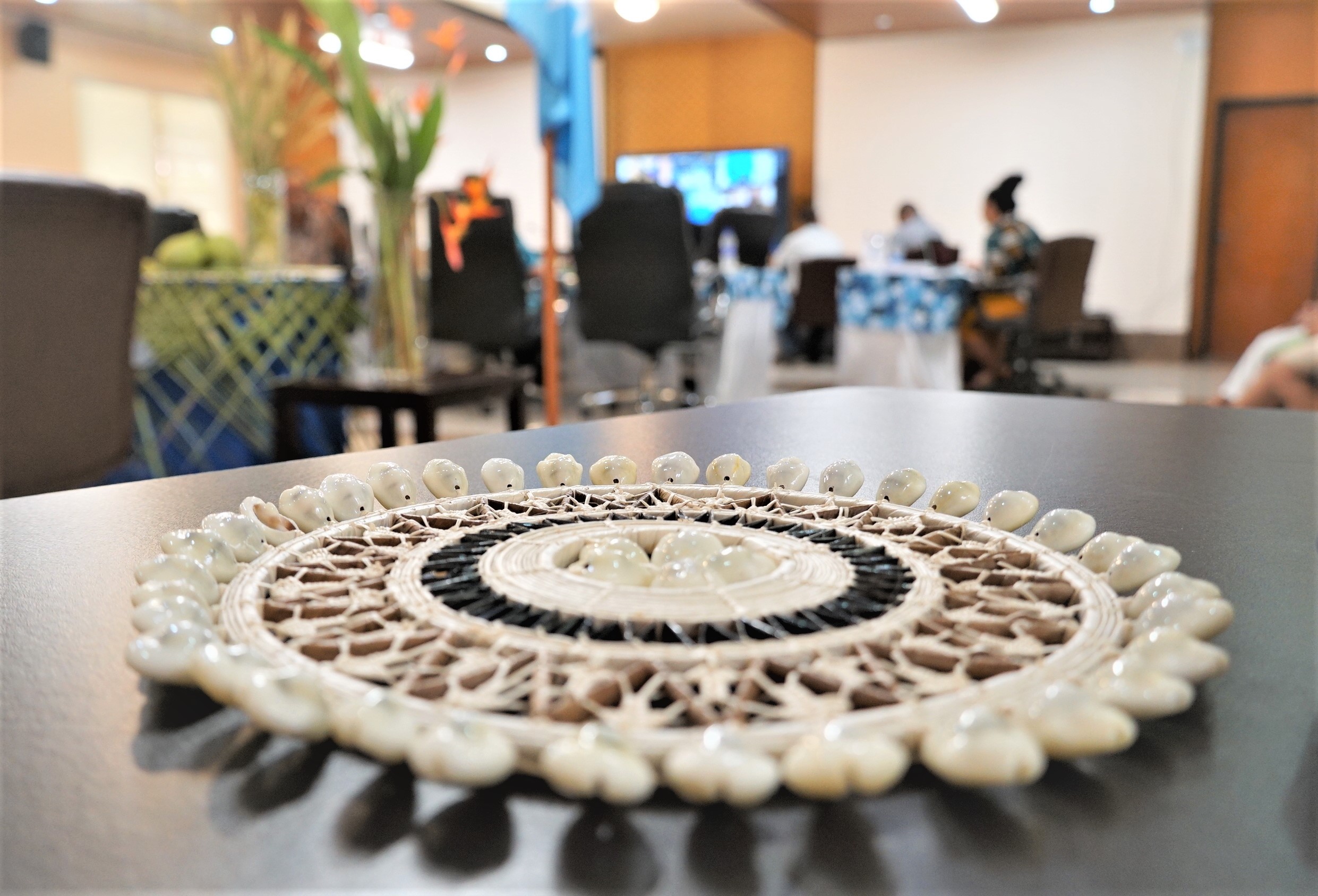 PALIKIR, POHNPEI. February 18, 2021. The 21st Congress of the Federated States of Micronesia adjourned its 6th Regular Session on February 2, 2021, with the following Resolutions.

Beginning with CR21-245, is a resolution further extending the President’s Public Health Declaration in response to the unrelenting Covid19 Global Pandemic, but more importantly, to set preparations and measures in place for a possible outbreak within the Federated States of Micronesia.

On a lighter note, we have CR21-245, a congressional resolution expressing sincere gratitude and appreciation of the 21st Congress of Micronesia to Mrs. Stephanie Ritland for her diligence and professionalism, apparent in her role in the passage of many legislative measures considered by Congress during her time as staff attorney. CR21-229 is yet another congressional resolution appointing Mrs. Jessicalynn Reyes, former Assistant Chief Clerk of the FSM Congress who served 8 years under the wing of the late Chief Clerk, to the position of Chief Clerk of the FSM Congress.

For Governmental Operations: Congress sets the ceiling of the total funds of $100,456,668, estimated to be available for appropriation from the General Fund for the fiscal year ending September 30, 2021, inclusive of Amended Compact Sector and Supplemental Education Grants through congressional resolution CR21-231; and CR21-233 is a resolution requesting the executive to make available $25,000,000 from the China grant to fund road improvements within the State of Pohnpei.

Two grants from the Asian Development Bank approved and accepted by the Congress are: CR21-237 is a grant in the amount of $6,000,000 to the Federated States of Micronesia under the Pacific Disaster Resilience Program – Phase 3; and CR21-240 is grant in the amount of $12,760,000 to provide funding for the Chuuk State Water Supply and Sanitation Project; including all conditions and terms of the grants.

Under other grants, congressional resolution CR21-230 is approving and accepting a grant from the Forum Fisheries Agency (FFA) in the amount of $59,975 for the Blue Prosperity Micronesia Coordinator salary and associated costs, including all terms and conditions in the grant.

From compact sector funding from the United States of America, CR21-238 is approving and accepting a grant in the amount of $821,849 from the U.S. Department of Health and Human Services, Centers for Disease Control and Prevention to support the Communicable Disease Prevention and Control Project of the FSM’s Department of Health and Social Affairs, including all the terms and conditions of the grant.

To further address and deliberate on pressing issues and matters of importance to the nation, Congress extends the 6th Regular Session beyond its scheduled end date to February 2, 2021 through congressional resolution CR21-247.

The 6th Regular Session adjourned sine-die on February 2, 2021. Unless a special session is earlier called by the Speaker, the next Regular Session of the Congress is scheduled for May 11, 2021.